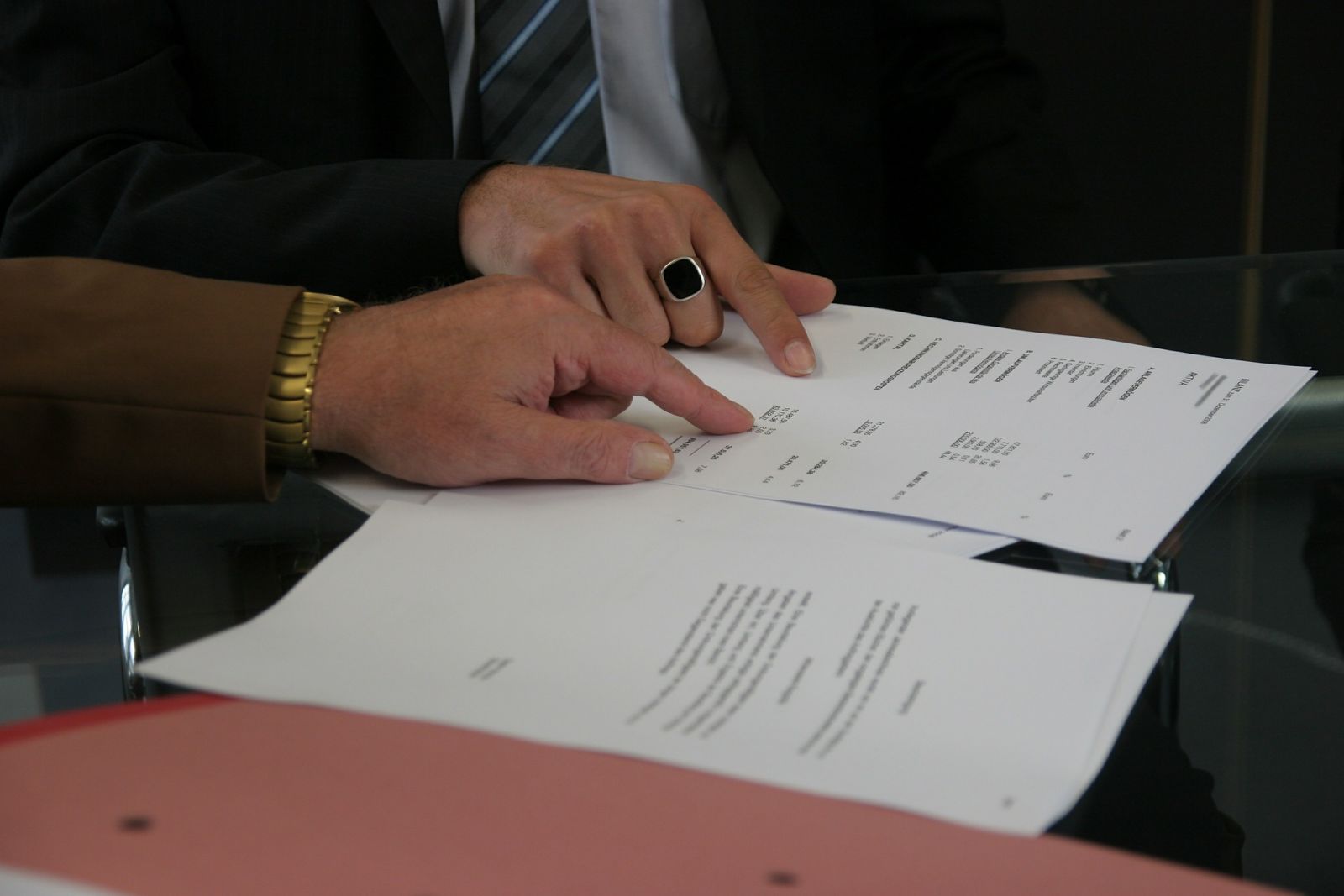 An employment contract with all the enhanced features

You may recognise this situation. You ask your lawyer for advice about a problem you have with one of your employees. One of the first questions your lawyer will ask you is: "Does the employee have a written employment contract with you and what does it cover?" He will also want a copy of this "to be able to advise you better". We lawyers have a good reason for asking this. The agreements between you and your employees in their employment contracts are the foundation for your legal position. Those agreements also determine the strength of your position when embarking on negotiations. If you value legal certainty, making agreements in an employment contract is not something to be dealt with quickly as a mere formality.

It's remarkable how often we lawyers notice flaws in employment contracts. Drawing up an employment contract seems like a simple thing. Most employers and employees casually put it in a drawer once it's signed and when problems arise they seem to have forgotten that they ever signed one. Very often the parties to the contract don't know exactly what obligations they've committed themselves to. When the contract is produced, its flaws, such as invalid provisions and sloppy mistakes, often create new problems for the parties. Instead of providing the legal certainty an employment contract is intended to create, its incompleteness makes it an unnecessary source of uncertainties which often end up being fought over in court.

An employment contract or not?

The first question when entering into a working relationship is whether the actual intention is to enter into an employment relationship. One can think of situations where neither the employer nor the employee have that intention. Freelance work, for example in journalism or photography, or training/work agreements or traineeship agreements. Even if the parties do not intend to enter into an employment contract in such a situation, the courts and the Administrative Office for Employed Persons' Insurance Schemes (Uitvoeringsinstelling werknemersverzekeringen or UWV) can still decide to treat your working relationship as an employment contract, as a result of which you will be bound by statutory restrictions on dismissal, minimum wages and potentially all kinds of obligations under collective employment agreements.

Art. 7:610 of the Dutch Civil Code defines an employment contract as "the contract under which one party, the employee, binds himself to carry out work for a certain period in the service of the other party, the employer, in return for payment". On the face of it, it would appear that, according to the statutory definition, an employment contract is even created if you get a trainee who is under your authority to carry out work for payment. However, the Dutch Supreme Court gave a judgment qualifying this in 1983. The Supreme Court reasoned that one of the requirements for an employment contract is that the work to be carried out must be of benefit to the employer. If, as may be the case under a training agreement, the work is of no value to the other party but is for the purpose of education and development, the agreement will not generally be an employment contract. In the case of a combined training and work agreement the deciding factor will therefore be which aspect is dominant.

In recent years the Supreme Court has consistently applied the reasoning that the important issue is "what they had in view when they entered into the agreement, taking into consideration the manner in which they have in fact implemented the agreement and have therefore attributed meaning to it. (...) No one single feature shall determine this: instead, the various legal implications that the parties have attributed to their relationship must be viewed collectively in their mutual relation to one another." In other words, the parties' explicit intentions when entering into the agreement carry significant weight, particularly if other factors, including the manner and nature of remuneration, lead to the same interpretation.

From a legal perspective it is important that you actually get the trainee to carry out activities where the emphasis is placed on the educational goals described in advance. If, on the other hand, the emphasis is on productivity in carrying out his activities, the agreement is likely to be held to be an employment contract rather than a training agreement. It's important in this context that you offer the trainee meaningful supervision. It's also important that you explicitly state that the remuneration you give the trainee is not intended as wages but rather to cover expenses with a small amount, of reasonable proportions, for the work to be carried out. Finally, it's important that you and the trainee together, preferably in writing, agree the purpose of the agreement, i.e. training under supervision. For added certainty, you can agree in advance the duration of the agreement that will be entered into, after which time it will automatically terminate.

As much flexibility as possible

When drawing up an employment contract I assume that your intention, as an employer, is to build in as much flexibility as possible in the initial period. You can achieve this flexibility by considering all the possibilities of entering into on-call contracts or fixed

term employment contracts, providing for early termination, stipulating a trial period, providing for appropriate notice periods and allowing for the possibility of unilateral changes to terms and conditions of employment where there are pressing reasons for this. You should also consider whether any extra hours required will be covered by the monthly salary or paid separately. Non-competition and non-solicitation clauses are often thrown in to round off the agreement and these are surrounded by pitfalls. As increasing numbers of companies do business internationally, they unfortunately often forget to cover off this issue by stipulating that the employment contract will be exclusively governed by Dutch law and that the Dutch courts have exclusive jurisdiction to decide disputes relating to the contract. I shall deal below with some of the tools that the law offers for making the most of your position on employment law matters.

At first sight a fixed term employment contract seems the ideal solution for an employment relationship which may not be extended. For example, to allow you to wait and see how things go. An employment contract can be entered into for a limited, specified time period, such as a number of months. However, it can also be entered into for the duration of a project or the duration of the absence of the employee who is being replaced. In each case it is a condition that the parties themselves have no influence over its expiry in the mean time.

The greatest pitfall with an on-call contract is forgetting to provide for a "deferred performance obligation". If you do not provide that the on-call worker is required to present themselves when called on to work, without any further formalities, the court will hold that each separate call to work represents entry into a new fixed term employment contract, even if the period of work is only a few hours. As a result, the fourth time you call on the worker you'll be bound against your will by a permanent employment contract.

Another potential snare with an on-call contract is that after a certain period of time the employee may have a right to carry out a minimum number of hours of work. This minimum is determined by looking at the average number of hours of work carried out during the previous three months. This rapidly turns an on-call contract into a permanent contract, which is difficult to terminate. If this is not the intention, create a safety net by always explicitly agreeing the duration of the on-call contract and any trial period.

As an employer, it's in your interests, particularly for longer term employment contracts, to describe the nature of the activities to be performed by the employee loosely. Should you later carry out a reorganisation, this will make it easier to make changes to the employee's position. The employee, on the other hand, will benefit from having the most detailed and accurate description possible of the activities to be carried out. In that case he is less likely to be forced into accepting a different position.

Did you know that employer and employee can agree in advance the financial consequences if the employment contract is terminated? Particularly for top management positions and to attract employees with skills that are in short supply, this can be the ideal recruitment tool. This prevents any severance proceedings from turning into an unpredictable financial disaster for the employer. And, as an employee, you also have a better idea what to expect at the end of your employment.

The employer's terms and conditions are the perfect place to lay down seemingly innocent house rules. Consider the way that holiday days are determined. Under the legislation the default position is that, as an employer, you are bound by the employee's proposal for taking leave if by accident you fail to respond to this on time. You can vary this system in the employer's terms and conditions by making it a requirement to obtain permission in advance. You should also remember to have company car regulations if you have made a company car available to your employee as part of his remuneration. The effect of failing to have such regulations and of failing to consider the costs involved generally tends to be seen if an employee is absent from work for an extended period, for example due to illness or an employment dispute. Finally, don't forget to include in your employment contracts a declaration that the employer's terms and conditions apply in full.

Employment agreements that include every possible enhanced feature and also satisfy the legal requirements are a godsend for all those involved, i.e. employer, employee, lawyers and courts. They don't just provide clarity for the contracting parties. They also ensure you're better prepared in the unfortunate event that an employment law dispute should arise in spite of all your precautions. Which considerably increases your chances of emerging from such a dispute relatively unscathed. In other words, a sound package of pre-agreed employment law terms and conditions is guaranteed to return your investment.