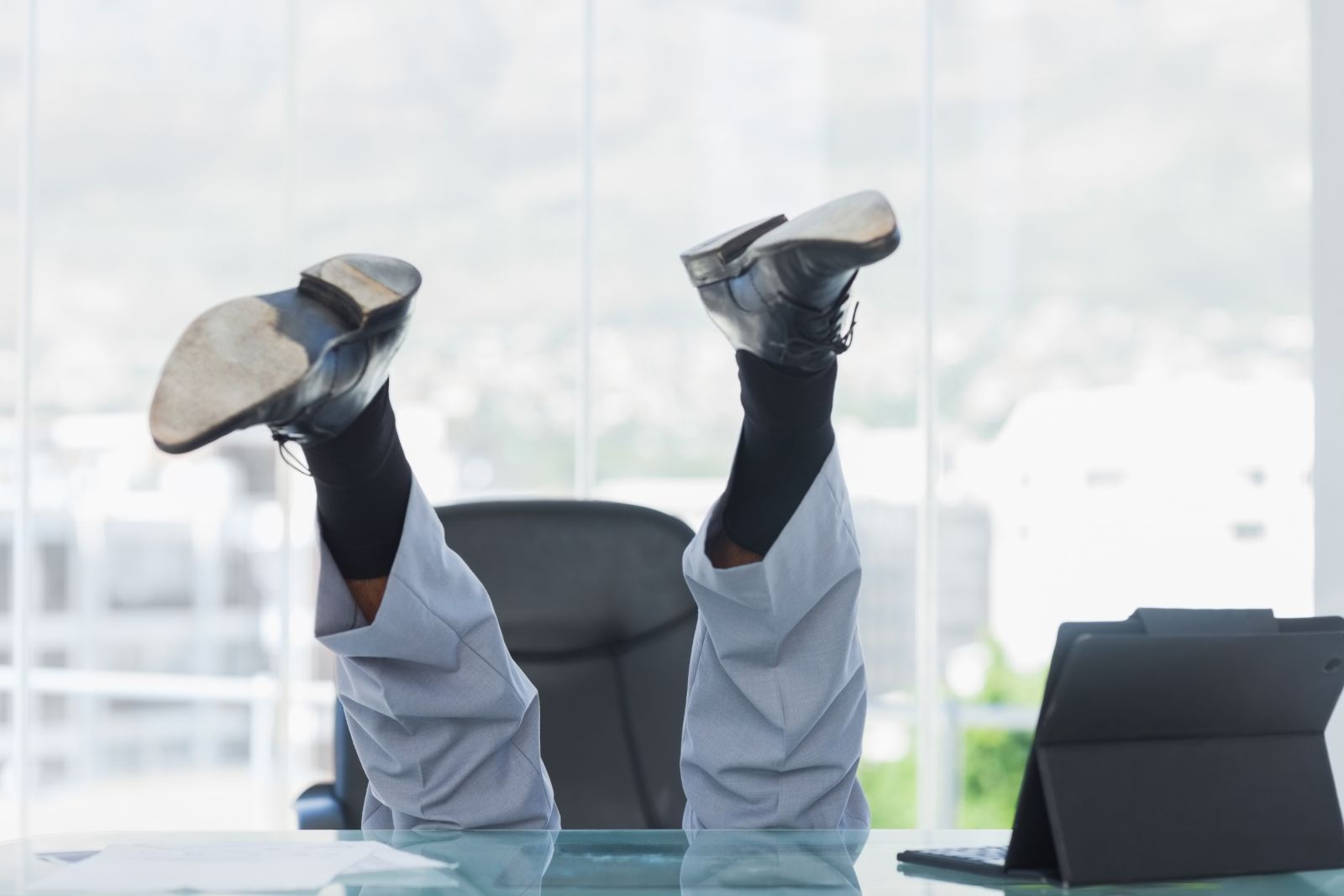 Dealing with an employee who is performing poorly

How do I deal with an employee who is no longer performing adequately?

"I'm not very happy with one of my employees. The first 16 years that he worked for me, everything went fine. In the last year that's all gone to pot. He misses opportunities and openings, doesn't communicate properly which frequently causes misunderstandings and takes ages to get his work done. Among other things, he hasn't made his targets. I've tried to talk to him about it, but he's not interested. It's affecting the atmosphere. I've already suggested to him that perhaps his ambitions go beyond what we can offer at this company and offered to arrange for him to see a career development advisor. He's now had an appointment there. Nothing much seems to have come of it. Now I'm thinking of letting him go. Can you tell me the best way to go about it, so that it doesn't cost me too much money?"

It seems so simple. Surely dismissing an employee who's not performing properly shouldn't be too complicated. And in itself it isn't difficult. The difficult thing is that you have to prepare thoroughly for the dismissal process. The sub-district courts impose fairly demanding requirements on you as an employer in relation to the way you discuss the shortcomings you've identified with your employee and record them. And above all you need to show that despite proper supervision there is no chance of improvement. After all, it's quite a big deal for the employee concerned to hear that he's consistently failing to do his work well. As a result, you will have to make quite a lot of effort, and produce quite a lot of evidence, to convince the court that his poor performance has been a serious problem for a long time and that you have discussed this with him in detail.

First we take a look at the shortcomings you've identified. Have you recorded them in the employee's regular performance reviews and assessment reports? Have these been discussed with your employee and has he always received a copy? If this isn't the case, we will immediately send you away with the assignment of carrying out this reporting thoroughly for at least the next six months. The first thing the court will want to see is that you have spent time with your employee thoroughly evaluating and discussing his inadequate performance. This is because many employees hear comments about their performance for the first time during the dismissal process. Many employers have a tendency to communicate performance failures they have identified very cautiously so as not to disturb the peace. However, this only achieves the opposite of the desired effect. That's why the court requires you to show that you have discussed the employee's poor performance dispassionately, in detail, unambiguously and using clear language, so that it's clear to your employee from the start what his failings are and he gets plenty of opportunity to improve his performance.

We then ask you what your specific criticisms of your employee's performance are. This is because those criticisms will need to be sufficiently material in the eyes of the court. The court will regard observations such as lack of effort, motivation or initiative or poor communication as much too vague. It is better to cite a failure to attain results that can be objectively identified. But even then it is not sufficient for you, as an employer, to claim that your employee did not achieve a projected level of turnover or other target or that the company's results have fallen or a budget has been exceeded. In that case you must explicitly exclude other possible reasons for the failure to achieve such targets that do not involve your employee. For example turnover corrections and currency fluctuations. Nor is it permissible to use a determination that an employee is not advancing quickly enough according to an "up-or-out" system as grounds to conclude that he is not performing adequately, unless you have agreed this with your employee in advance in writing.

Then we'll want to know whether you happen to have given your employee any extra rewards recently. You wouldn't be the first honourable employer to try to incentivise and motivate an employee who's performing badly by giving him a pay rise, bonus or promotion. The court is likely to view that as a contraindication, in other words an action by which you've given your employee a contradictory signal about his performance. The key

here is to be consistent. If you want to incentivise an employee who's performing poorly, it's better to do this in a different way such as by offering extra training or guidance. Rewards are only appropriate once the desired improvement has materialised.

We're not there yet. Establishing that your employee is consistently performing badly according to standards that can be objectively measured is only just the start. This is because both the legislator and the courts believe that, as an employer, you bear an onerous duty of care to try to improve any shortcomings you identify. Can you show that you've devoted enough time and attention to this? Of course your employee must have been given sufficient time after joining your employment to reveal his true qualities. He must have had proper training and careful guidance. However, the duty of care in relation to guidance and supervision doesn't end there. Careful guidance and support involving appropriate measures continue to be important, for example offering a course on the area in which you, as the employer, consider that the employee is deficient. In short, you will have to offer your employee a reasonable chance and a reasonable period of time in which to correct his faults.

Your duty of care as an employer does not end if it turns out that your employer's performance does not improve despite the guidance offered. Quite often, courts expect that in that case you, the employer, will try to find other, more suitable work for the badly-performing employee, preferably within your own business but if necessary elsewhere. This is where the outplacement agency gets involved. In that event you are permitted to make a unilateral amendment to the employment contract. On the other hand, your employee will of course need to express willingness to carry out other appropriate work. If your employee refuses to do so, he may ultimately pay a high price for this during the dismissal process by being awarded reduced termination compensation, or even no compensation at all.

It will be clear already that you can't just quickly "get rid of" an employee. Because that's how a court will see it if you haven't taken the time to go through all the steps described. The court's aim is to prevent you, as an employer, from casting a different light on your criticisms retrospectively to give them a significance they did not originally have. If you have serious, reasoned criticisms of your employee's performance, the court expects you to take the initiative to discuss them with him immediately. If you just allow your criticisms to drift in a dilatory manner and only raise them for discussion at a later stage when the problems have really got out of hand, you run the risk of paying dearly for this during dismissal proceedings.

Decided cases indicate that an employee who can be shown to be continuing to perform considerably less than satisfactorily, in spite of the measures you have taken to offer him guidance, does not deserve a significant amount by way of severance pay. However, if you fail to work together with the employee to carefully record, discuss and offer guidance on the consistently poor performance that you consider he is delivering, we would strongly recommend that you do not seek to rely on his performance shortcomings. The courts have repeatedly confirmed that as an employer you may have to pay an extremely high price if you have failed to take the prescribed steps. In that case, the accusations you have made could come back in your face like a returning boomerang. In that case, it is preferable to seek to rely on a breakdown in the working relationship in order to avoid being forced to pay more than a "neutral" severance pay amount. As you will gather, investing in a structured performance and assessment system together with a training plan can more than repay the costs involved.